Yesterday as we got in the car to drive to the NC mountains, a hawk flew directly over us. Synchronicity – but were we predators or prey?

We made such slow time (because of my new diabetes routines) that we had to motel it. Then today, we had to turn back because of snow.

So was the hawk among the signs warning us to turn back, along with early weather reports & my misplacing my diabetes supplies?

Three hints to turn around: one rational (the weather forecast), one mystical (the hawk portent), one unconscious (my Freudian slip of forgetting). 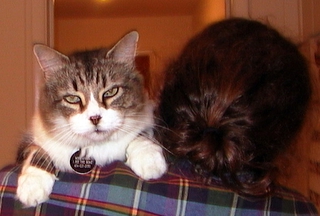 Morannon, a stray who came with a tag reading, "I Pee the House."

My cats have higher emotional intelligence than I do. They know when I’m down & come sit on me, but I can’t always tell if they’re sad.

That’s if they’re in the mood to be supportive. They may have other responsibilities, like chasing string or fighting each other.

My cats will let us know if they’re strongly displeased – they’re all loud, and today The Dude peed on our used wrapping paper….

It’s the level of our cats’ ennui that’s hard to gauge. The Dude often looks like he’s got a lot on his mind. He’s a deep cat.

On the other hand, like all male cats I’ve met, The Dude will start drooling if you pet him for a while. The Dude abides. 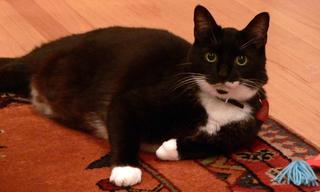 So, it seems my cats can sense my emotional state – by smell, by behavior, or by who knows what. Couldn’t a hawk likewise be drawn to me?

Thinking it through that way, maybe the hawk could smell my fear – the stress from the new diabetes regimen & weather report.

So then a hawk overhead is a rational portent: it means something nearby is giving off enough weak, hurt & fearful vibes to attract it.

Alternately, the hawk flying directly overhead at our exact moment of departure was a complete coincidence – though an improbable one.

One definition of synchronicity is meaningful coincidence. Even if the hawk overflight was purely coincidental, it was still meaningful.

Synchronicity is meaningful because our minds – at levels below conscious control – respond to archetypes. The hawk felt portentous.

We’re bound to attach significance to a numinous moment. It’s beyond conscious choice. The question whether we dismiss our intuition.

I’m agnostic on whether synchronicity just explains human psychology, or also explains quantum physics. But I want to believe. 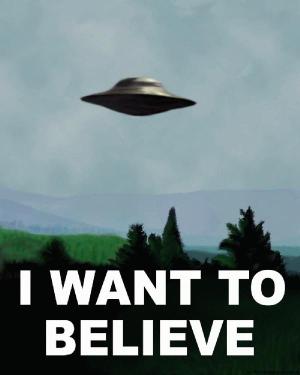 Just to clarify – I found my diabetes supplies an hour after losing them. Would’ve turned back if we couldn’t find them. Fun night.

If I misplace things over the next few weeks as I get used to taking insulin 4-5x/day, I’ll have to just set up backups & try not to stress.

Unfortunately, diabetes educators tends to emphasize the scare factor: all the ways you can slip into a coma and die if you’re not careful.

When people try to scare me, I react with petulant rebellion – even if what they want me to do is in my own best interest. Hence parapraxis.

I’m smart enough to recognize the importance of my insulin. And hopefully wise enough to treat my moments of petulance with patience.

RT @ted_friedman: Let’s make it one! What else is there to do (besides eat Chinese)? 🙂

Any of the other Ted Friedmans out there want to join us?

RT @lnakamur: I’m for it. Works for non Jew non Christians too. Part of the war against Xmas?

As a Jew/Bu with an Xmas tree, do I offend Bill O’Reilly? Must I leave Santa to the goyim? Is O’Reilly anti-Santa? Is he the Grinch?

Just figured it out: yesterday’s hawk was Black Peter: http://ht.ly/3upun

Black Peter is a close relative of the Dire Wolf, whom the British call the Black Dog. #Depression #Death #Mortality #Blues #Trickster

It’s a straight line from the Dead’s Wharf Rat to Wilco’s greatest moments on Yankee Hotel Foxtrot & A Ghost Is Born.

Inspirational Dead song for this weekend: Goin’ Down the Road Feeling Bad.

The Dead’s Wharf Rat also has something in common with the Velvets’ drone – Lou Reed & Jerry Garcia were peers in many ways. 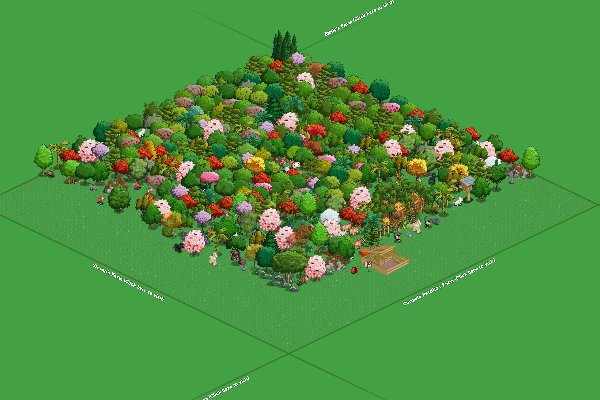 Often in Farmville, you open a Special Delivery package, and out flies a bee. Useful for your beehive, but a strange gift to wrap & send.

Also, the back of my iPhone cracked yesterday. Never seen it before – like a broken windshield. Bringing it in Monday.

Was thinking of learning bass this time. Might as well be clumsy on a range of instruments.

I’m also tempted to go back to playing around with my keyboard/sequencer/drum machine. I have a nice Casio & the amazing Groovebox 505.

In the spring of 2000, I’d defended my diss & landed a job. I had time off for the first time in years. I took jazz piano lessons & drew.

Actually, I got back on the piano several years earlier – it was an outlet during the diss writing. Drawing too until my RSIs got bad.

I just pulled out a bunch of my drawing instruction books – really basic stuff pitched at kids. All of whom draw better than me.

It’s frustrating loving music & art so much but coming up so short in my own execution. I’d love to skillfully draw or write fiction or jam.

Actually, I can play passable piano & guitar when I practice a lot. And I like some of my compositions on the MC-505 Groovebox.

So, I’d appreciate any ATL or online recommendations for music and/or art teachers & resources. Feel free to plug a friend – I’ll retweet! 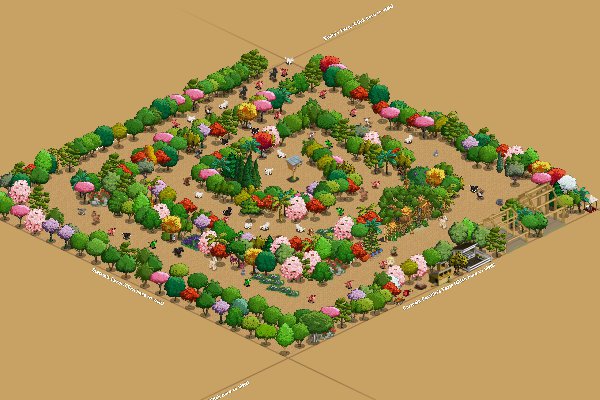 I might feel self-conscious about tweeting personal stuff if my life weren’t so ordinary. Plus the personal is political yadda yadda

Pretty sure I’ll be tweeting regularly about living with #diabetes. Wonder how many of us #diatweeters are out there.

I was diagnosed with #diabetes almost a decade ago, but managed for several years with just diet & exercise, then several more with pills.

Looks like I’ve coined #diatweeter. It’s an ugly neologism, but usefully short & self-explanatory. Feel free to use the hashtag. Or not. 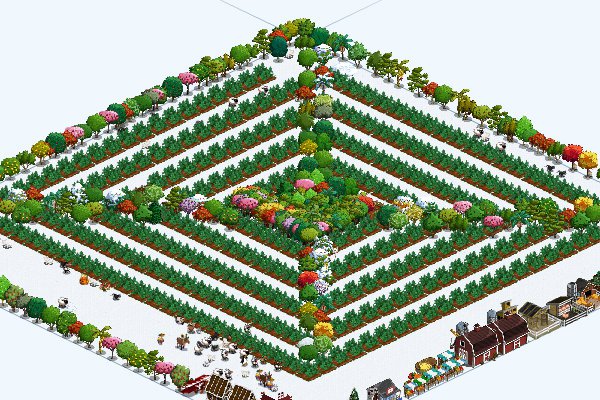 Anybody with skills in any of those areas who wants to offer expertise, I’m all ears. They’re what Jung calls my “inferior” aspect.

Jung says engaging the underdeveloped, “inferior” aspects of the personality is the key to individuation – his version of enlightenment.

Jung’s saying we need to face our fears & desires, to confront & integrate what we’ve repressed. He was Freud’s student after all.

I wish I’d taken music theory back in Jr High – it conflicted with Hebrew School, I think. I caught up, but it’s not ingrained.

RT @audiation I always got a creepy feeling there, too…

Still regret I started on classical piano & not jazz or rock.

Actually, I did take some fun “jazz band” classes at Hoff-Barthelson in HS. I played a piss-poor rhythm guitar.

Those Hoff-Barthelson piano recitals were humiliating. Little kids half my age kicked my ass.

Didn’t like Hebrew School either. Ended up studying privately with a cantor & chanting my torah part: “for every thing there is a season…”

Don’t think I even heard the Byrds song until after my Bar Mitzvah. Wonder why nobody played it for me, actually.

I gave a hammy Bar Mitzvah speech that began, “What is man? The dictionary says that Man is an island off the British coast…”

Then I had a humiliating Bar Mitzvah party at a video game arcade: I sneezed on the cake when I was supposed to blow it out.

What kind of parapraxis is that: sneezing on my Bar Mitzvah cake in front of all my “friends”? No wonder I was depressed from ages 13-15.

Finally pulled out of my early adolescent depression when I got a learner’s permit & a car. Suburbs with big lawns blow without a car. 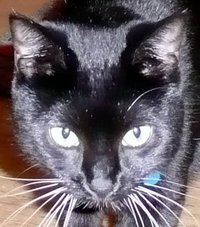 RT @catagav: Is it a fear of letting inhibitions go? I’ve noticed dancing and improvising (from music to lies) are easily held back by that.

It’s not just a fear of letting inhibitions go. It’s also a failure to perform with any skill once inhibitions are lowered.

Disinhibitors – from booze to baths salts – help loosen me up, but the stick appears to be lodged really far up my ass.

I’ve meditated for almost 20 years, done yoga for 10, been on multiday silent retreats. But still that stick remains far up my ass.

I’ve been drunk in Dartmouth and stoned in Amsterdam. I’ve jammed in rock bands, jazz bands, and Rock Band. But still the stick remains.

I’m hoping to pull the stick all the way out my ass before I die. Maybe that’s when it goes. When you let go for the final time.

Maybe I’m supposed to melt the stick up my ass: integrate my shadow and merge with the stick. Or pull it out like the sword in the stone.

RT @t3dy: Perhaps the purpose of meditation is something other than manipulation of the stick?

RT @jmittell I’m afraid that the stick might be an inevitable consequence of being an East Coast Jewish academic. It’s in our blood…

Agreed. Maybe the best we can do is get to know our old friend the stick better. Mindfulness. Metta. Maitri. http://ht.ly/3uxg0

Not sure. Legend of St. George says slay the dragon – the mother complex.

Can’t decide if slay-the-dragon/mother/father mythology is a) ideological, patriarchal & contingent or b) archetypal & wise.

Subjectively – within the psyche – slaying the dragon means letting go. Dropping the mother complex. Moving beyond the puer. Individuating.

Objectively, the dragon archetype is often projected onto subaltern images: the old crone. The jew. The other. The collective shadow.

When you project your shadow onto others, you think eliminating them would solve your problems. Doesn’t work.

Slay your own demons, then let them go & forgive. Like Buffy.

RT @misssaragran I know, tough call, but sometimes I think you slay by not-slaying. I think fighting something can strengthen it, sometimes.

RT @misssaragran Then again, dragon slaying can be more fun:)

RT @misssaragran I have this fantasy that if you let them go and forgive they slay themselves. But I haven’t seen much buffy, so what do I know!

RT @soundhunter: I was just reading somewhere that apparently the Dalai Lama has a terrible temper.

What I’ve heard is that the Dalai Lama allows emotions to pass through quickly and fully, whether sadness or anger.

RT @t3dy Is that evidence of success or a rationalization? I dig that he doesn’t pretend to be enlightened.

The Dalai Lama certainly has a lot to be angry about. It’s got to go somewhere, right?

I could be wrong, but I don’t think the Dalai Lama is the kind of scoundrel Chogyam Trungpa Rinpoche was.

RT @t3dy I don’t think the Dalai Lama’s anger proves that he’s a bad meditator, but that we misconceive the purpose of meditation.

The Tibetan mythos is fiercer than many others. The Dalai Lama never claimed to be a tranquil zen master. Just a pacifist.

RT @t3dy certainly not. I don’t mean to imply that, just making a point about how we want to put meditation+meditators on a pedastal.

I have seen comments on Amazon blasting the Tibetan monarchy as elitist & complacent. Who knows how ugly that tradition’s been at times.

Here’s the best thing I’ve read on the dark side of American Buddhism: The Double Mirror by Stephen Butterfield: http://ht.ly/3uxnu

RT @soundhunter  just goes to show that if the “gurus” aren’t perfect, followers shouldn’t expect to be either.